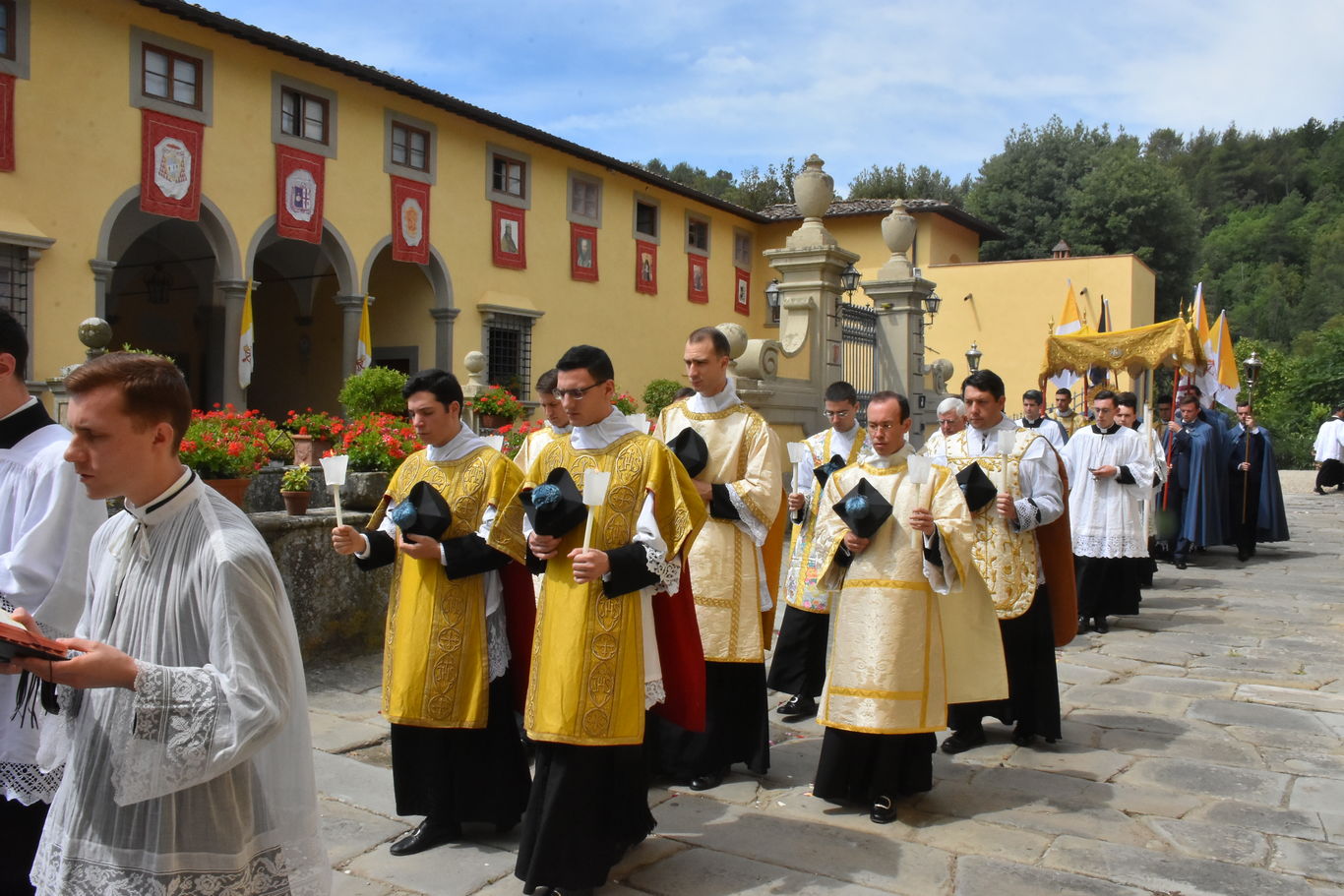 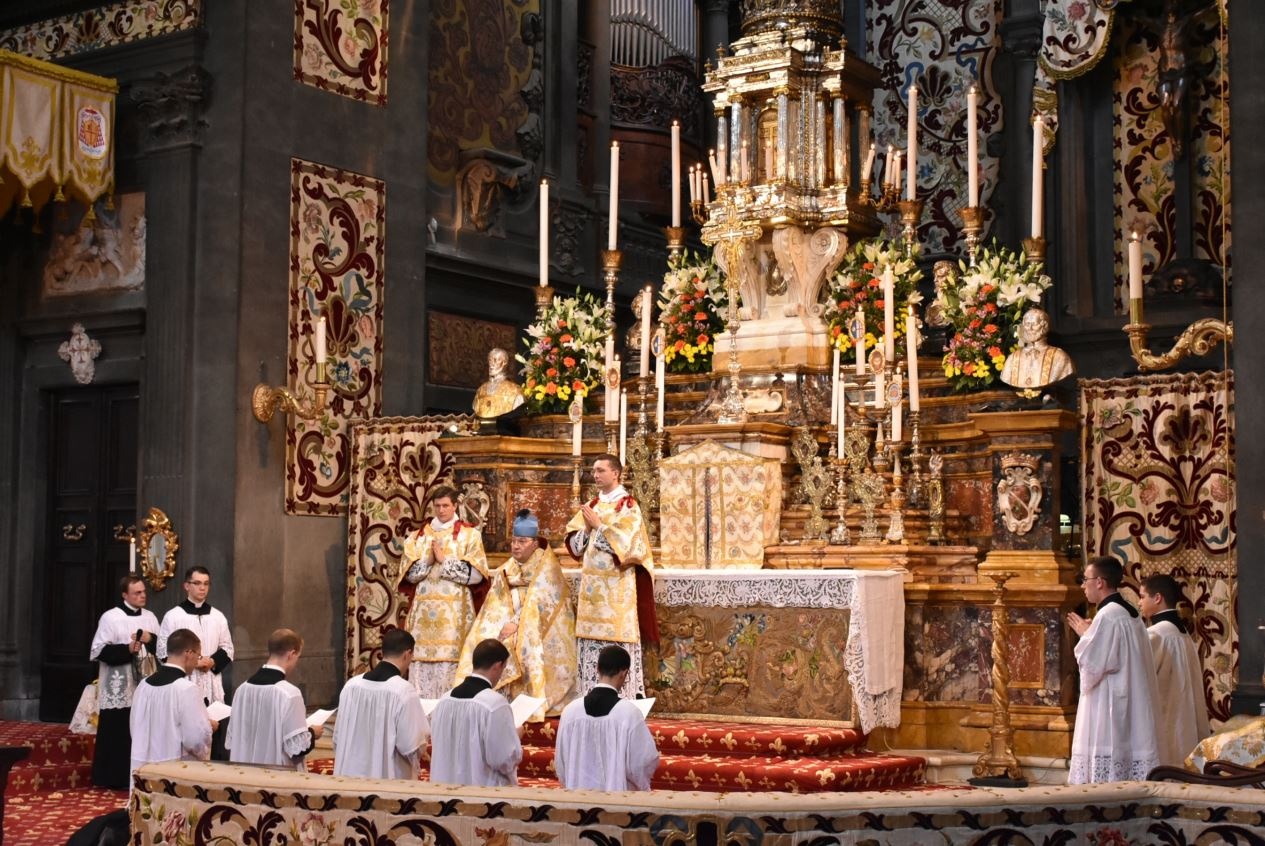 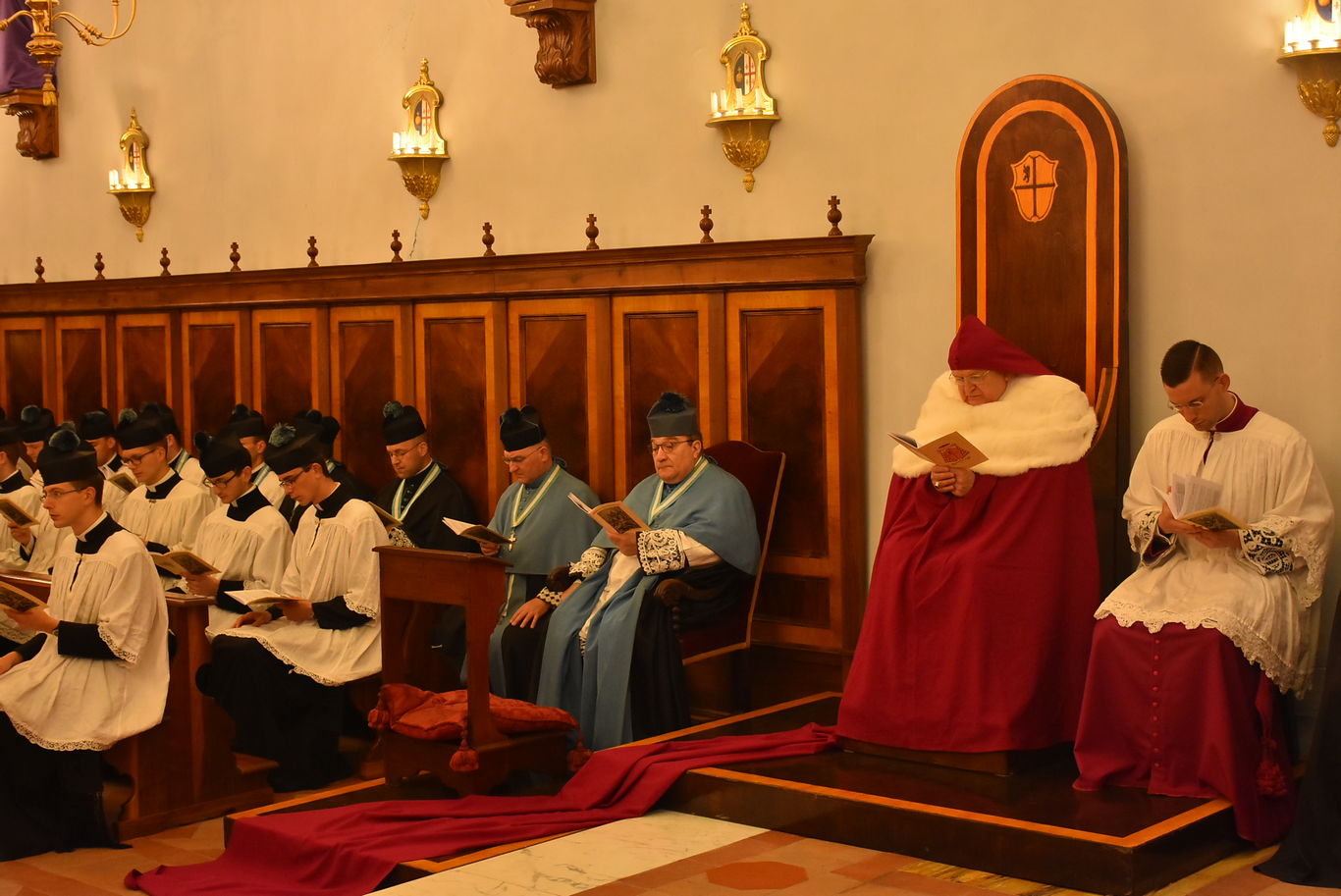 Maundy Thursday – Mass followed by Vespers, Washing of the Feet and Stripping of the Altar

Good Friday – The Passion and Mass of the Presanctified 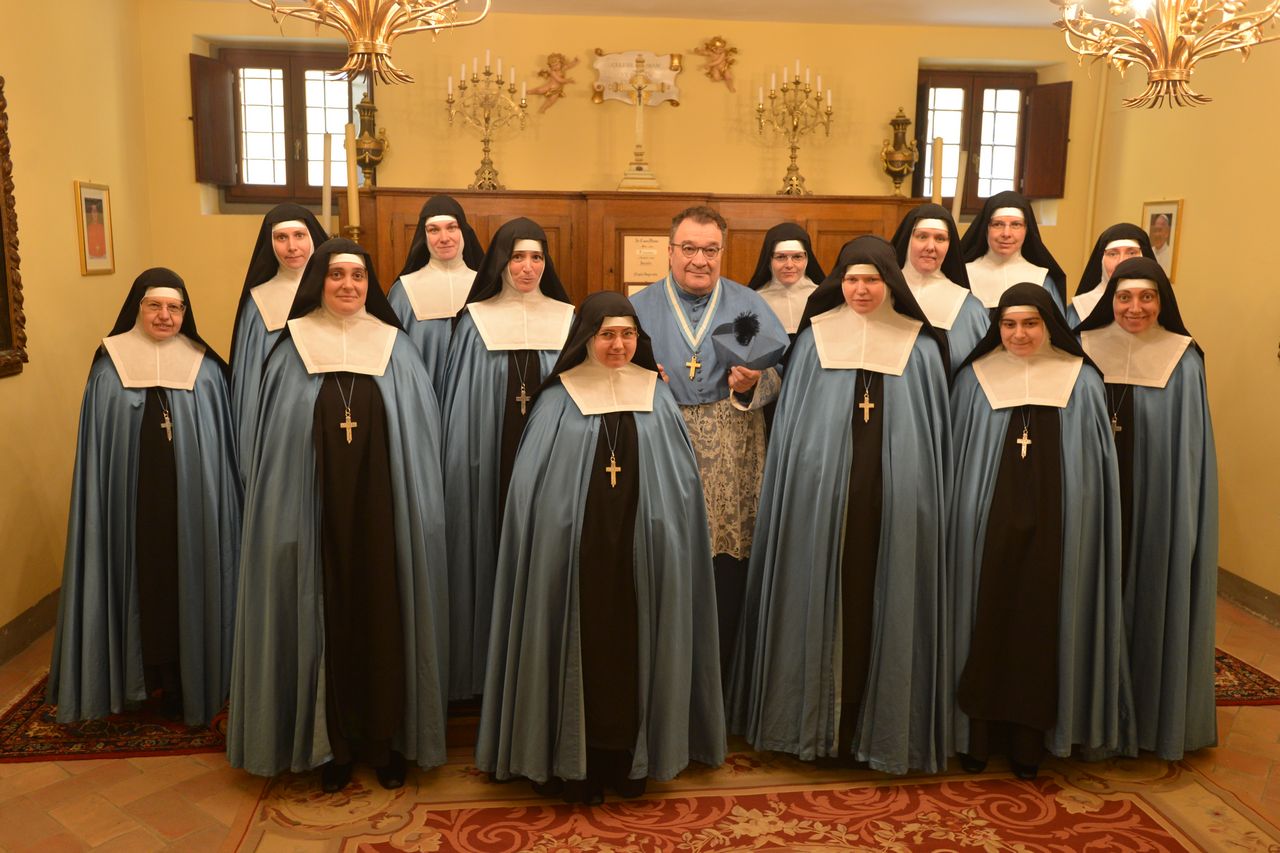 This is a short video of the motherhouse of the Institute at Gricigliano in the beautiful Tuscany countryside.

This video shows the Villa Martelli and surrouinding buildings before and after renovation. Whilst it is captioned in the French language, we are sure you will understand the message! 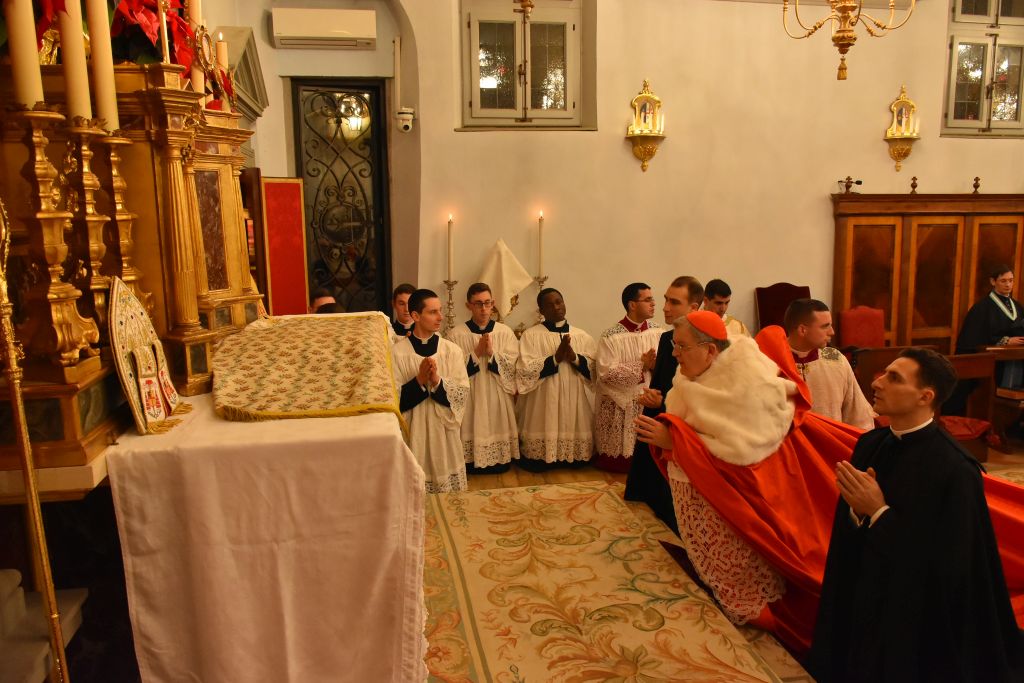 Here follows a selection of photographs taken at our Seminary at Gricigliano near Florence in Tuscany, Italy over the Christmas period.

The Nativity scene made by the first year seminarians and Preparatory Novena.

Solemn Vespers and the O Great Antiphons between December 17th to 23rd.

Office of the Prime on the Vigil of the Nativity, with the pontifical assistance from His Eminence Cardinal Burke.

Office of Matins and Nativity Mass of Midnight celebrated by Monsignor Gilles Wach, in the presence Cardinal Burke.

Dinner at the Seminary.

Pontifical Vespers of Christmas and Benediction presided over by Cardinal Burke.

Concert and Christmas show on Christmas Night at Gricigliano.

Christian Midnight Song and Gifts to the Superiors 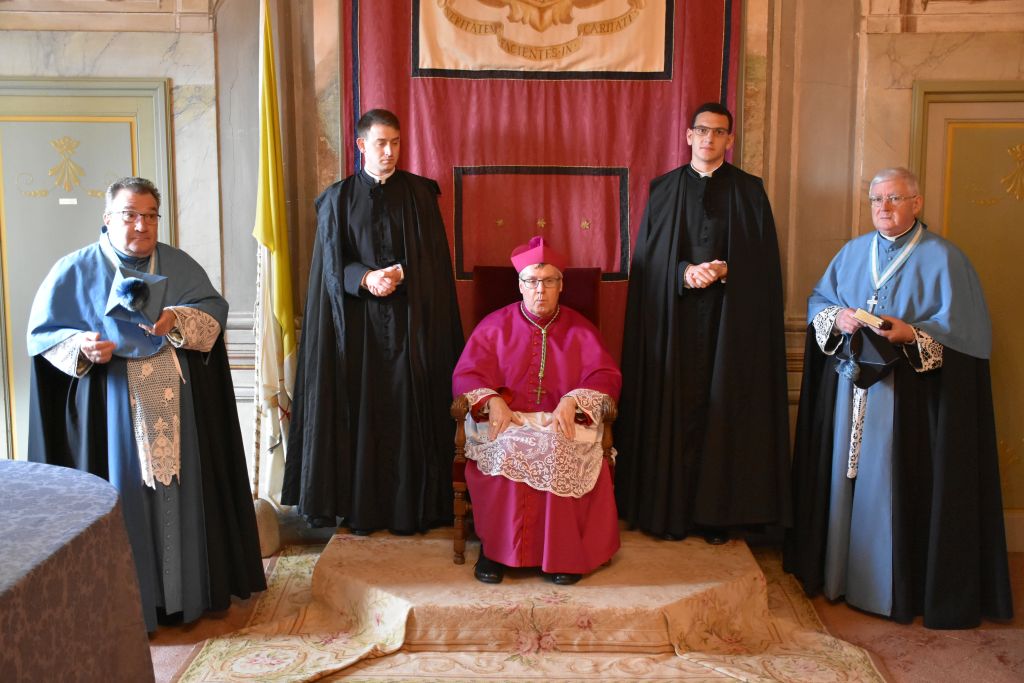 Pontifical Low Mass wasccelebrated by His Lordship, Bishop Kozon, Bishop of Copenhagen, during his visit to the International Seminary of the Institute at Gricigliano, Florence, Italy on October 29, 2018.