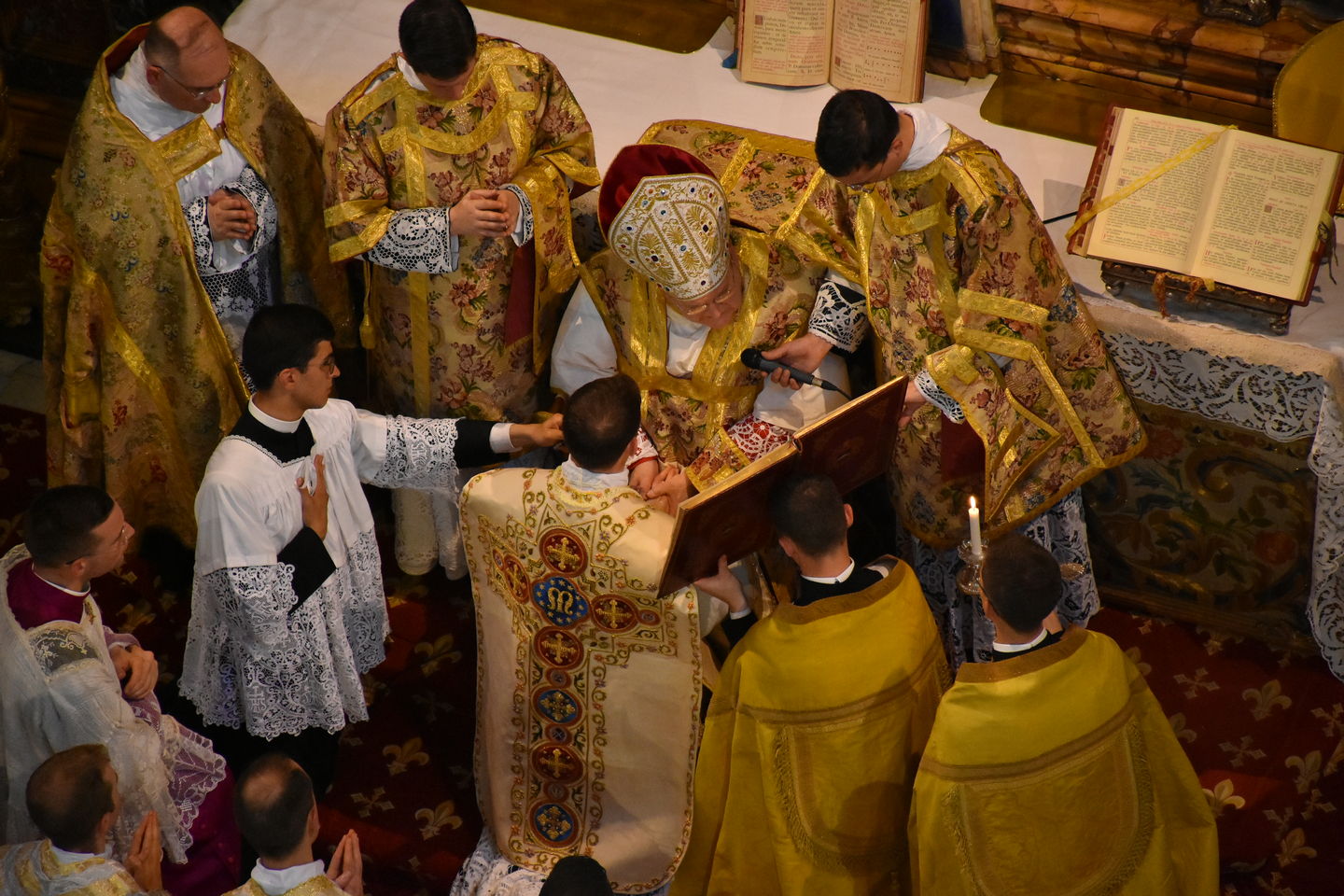 Many people from around the world travelled to Florence, Italy to witness the timeless magnificence of the sacred rites of Holy Mother Church, as she ordained new young men to be servants of her God and King, our Lord Jesus Christ.

Commencing on Monday, 1st July, the first year seminarians received the cassock from our Prior General, Monsignor Gilles Wach. Henceforth they will put aside the attire of this world to “put on Christ as their portion” and be a visible sign to the world of their devotion and service to Holy Mother Church.

On Tuesday, 2nd July, the clerical tonsure, the ordination of porters, lectors, exorcists and acolytes was conferred on the seminarians of each class, imparting on them the corollary graces necessary to the priestly office, to which they have been called by God. His Lordship, Bishop Provost, Bishop of Lake Charles (Louisiana).

On Wednesday, 3rd July those called to the Sacred Orders of the subdeaconate and the deaconate were ordained by Archbishop Pozzo. They received the necessary grace for their new responsibilities and advance in their solemn commitment to perpetual celibacy for the Kingdom of Heaven and to the selfless service of Holy Mother Church for the salvation of souls.

On Thursday, 4th July, 7 young men were ordained to the Sacred Priesthood of our Lord Jesus Christ by the hands of His Eminence, Raymond Leo Cardinal Burke. The seven newly ordained priests will henceforth walk this earth as dispensers of the mysteries of God and the sacraments of salvation. Deo gratias!

We give due thanks to God for the gifts He has bestowed on us durting this week by the solemn chant of the Te Deum in seminary chapel of the Immaculate Conception at Gricigliano in the presence of the Most Blessed Sacrament.

no images were found

Following Solemn Benediction, the evening continued with the annual banquet dinner to celebrate with the families of the ordained all the blessings received this past year and our Lord’s gift of the sacred priesthood to His Church. No celebration of such divine magnificence and generosity would be complete without fireworks!

no images were found