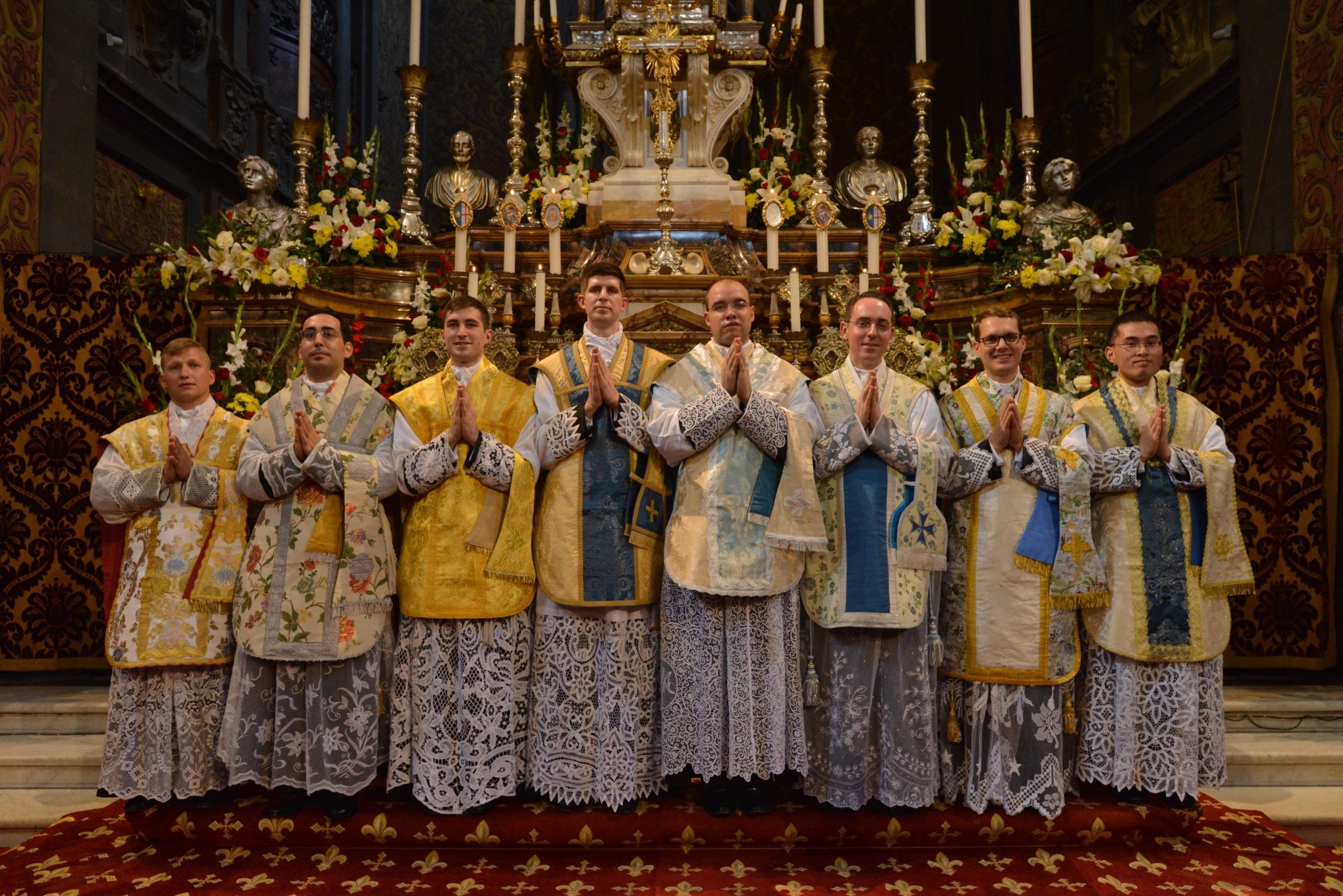 As is usual, at the end of June/beginning of July, the Institute of Christ the King Sovereign Priest cherishes the abundant graces bestowed by God during the liturgical ceremonies of Ordination week.

This year, twenty-two new Seminarians received the Cassock and Tonsure at Gricigliano on Tuesday and Wednesday respectively and on Thursday, eight new priests were ordained in Florence.

Rev. Monsignor Gilles WACH presided over the ceremonies of the reception of the Cassock on the feast of Ss. Peter & Paul (Tuesday 29th June), followed a day later when H.E. Raymond Leo Cardinal BURKE carried out the Tonsure.

Reception of the Cassock

On the evening preceding their Ordination, the shortly to be ordained Canons received the Choir Habit

Ordinations to the Priesthood

The Ordination Mass was on Thursday 1 July 2021, the feast of the Precious Blood, 8 young men, surrendering all to serve Christ, His Church and His Faithful are now Priests forever! Deo gratias!

The new priests are:

Please pray for them!