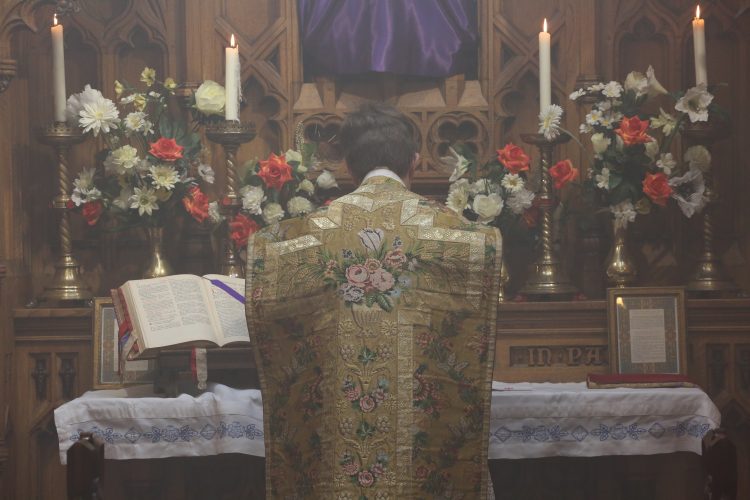 Yesterday we celebrated the feast of our patron, Saint Benedict. The celebrations started with sung Mass in the little chapel where the day usually begins with prayers and a short talk from one of the Canons. Then it was tea and cake in the hall.

After tea, pupils were set to seek the ‘stolen rule of St Benedict’ by answering a wide range of questions – from historical, to religious, to mathematical. This led them on a quest that took them through the university, to St Warlburge’s shrine and back again to English Martyrs. The Canons, sisters and seminarians were all involved as characters from history. (The prize for best historical character was undecided – maybe Canon Tanner as Pope St Gregory?)

When the code was cracked and the treasure found, it was time for Benediction back in the chapel, followed by a feast day lunch in the hall. Thank you, St Benedict.