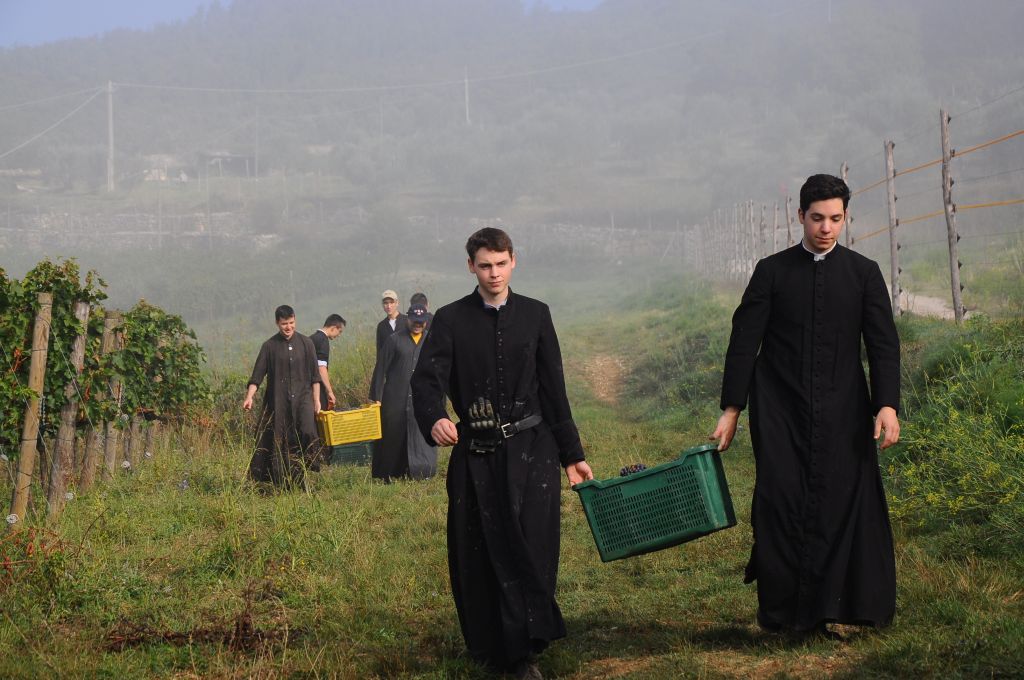 Some recent photographs from our Motherhouse at Gricigliano – our seminarians working hard to pick the grapes.
You may recognise Abbé McCowen amongst them! 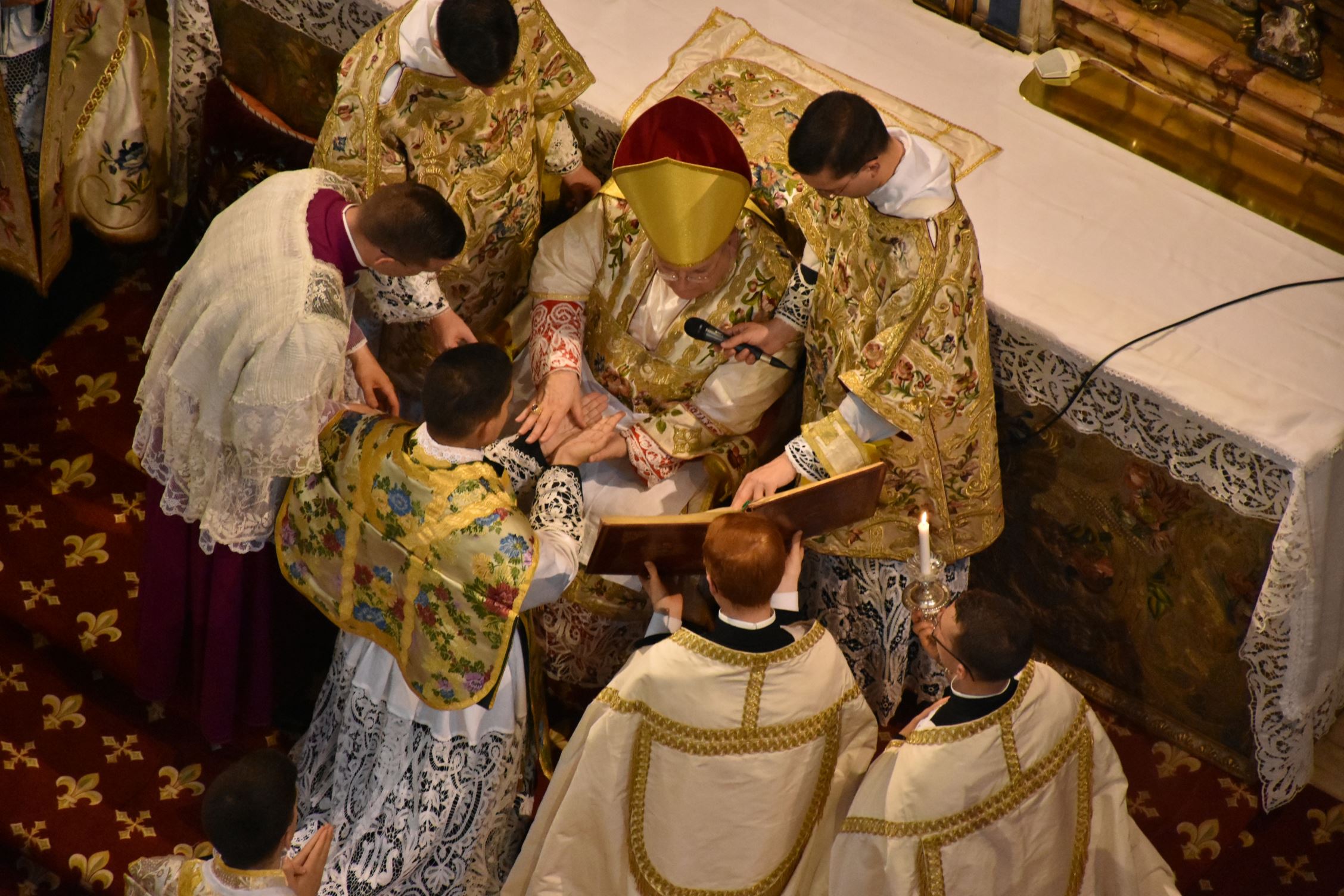 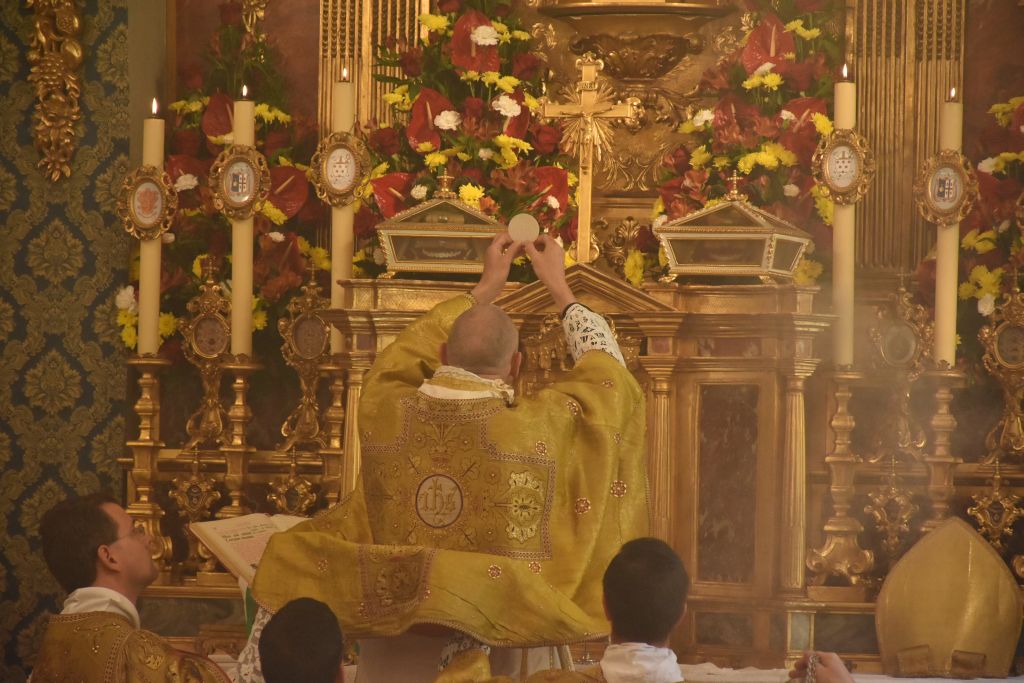 Ten years ago, the Institute of Christ the King received the canonical status of Pontifical Right by the decree entitled “Saeculorum Rex” from Benedict XVI.  Ten years later, Almight God has blessed the Institute with many new canons.  Deo gratis!

Each year, during the last week of August, all of the canons of the Institute are invited back to our Motherhouse in Gricigliano, where they studied as seminarians, by the Prior General for a week-long “family reunion” known as the General Chapter.  The canons are able to visit with their confreres from all over the world, some of whom they have not seen for over a year.  They are able to grow more closely as a family, dining together, learning together, and of course, praying together through the beauty of the Sacred Liturgy.  Refreshed by a week of fraternal charity, the priests of the Institute are then sent back out into the world, ready for another year of service to our Holy Mother Church for the salvation of souls.  Deo gratias!