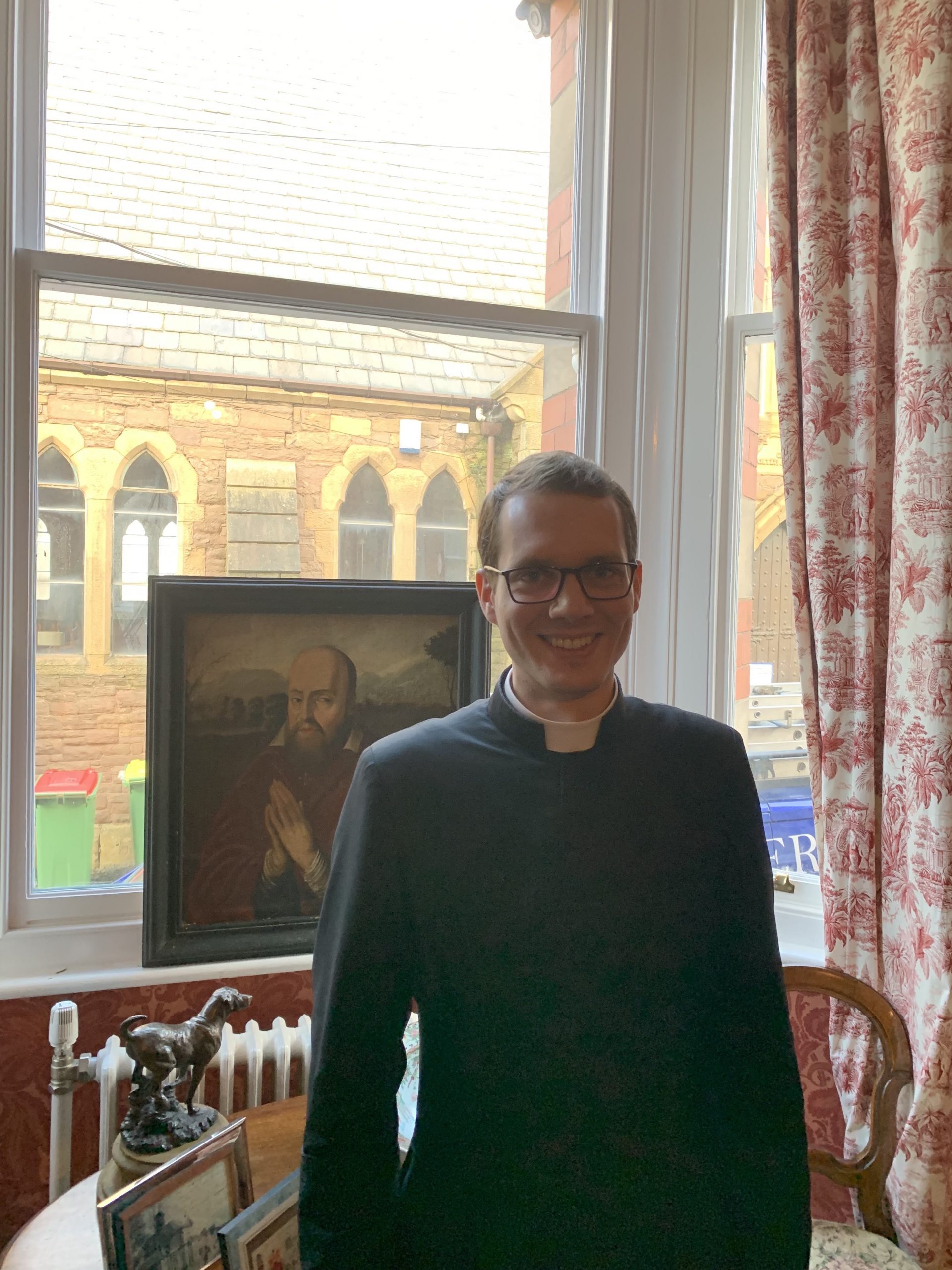 No sooner had I arrived in England than I happily took up my duties as chaplain at St Benedict’s Academy. It was back to school for me after 7 years of seminary. What could be better for a young priest who has everything to learn about the priestly life! Indeed, I was ordained a priest on 1st July last year by the laying on of hands of H.E. Cardinal Burke and was appointed by my superiors to Preston as the second assistant priest and chaplain of the academy. Where better than Preston could I be appointed? The city of the priests, “Priest Town”!

St Benedict’s is a Salesian academy where every effort is made both to ensure that student’s study in an environment that breathes the peace of God’s Presence, and to provide the conditions for good studies, reconciling the thirst to learn with the joy of knowing, in a spirit of rigour, studiousness and the pursuit of excellence.

The academy is also placed under the patronage of Saint Benedict, whose influence has greatly contributed to the development of Christian Europe and to the transmission of the intellectual and cultural heritage of both pagan and Christian antiquity. The monks made an inestimable contribution to the evangelisation of Europe and England is one of the most telling examples of this, as it was a Christian land through the influence of the Benedictine missionaries sent by Pope Saint Gregory the Great.

We ourselves, missionaries, sent far from our native land, want to continue in our modest manner the work of evangelisation undertaken by the sons of Saint Benedict, and thus bring souls to God through the goodness and simplicity taught to us by the great bishop of Geneva.

Help us to continue this work for the Glory of God and the good of His children! 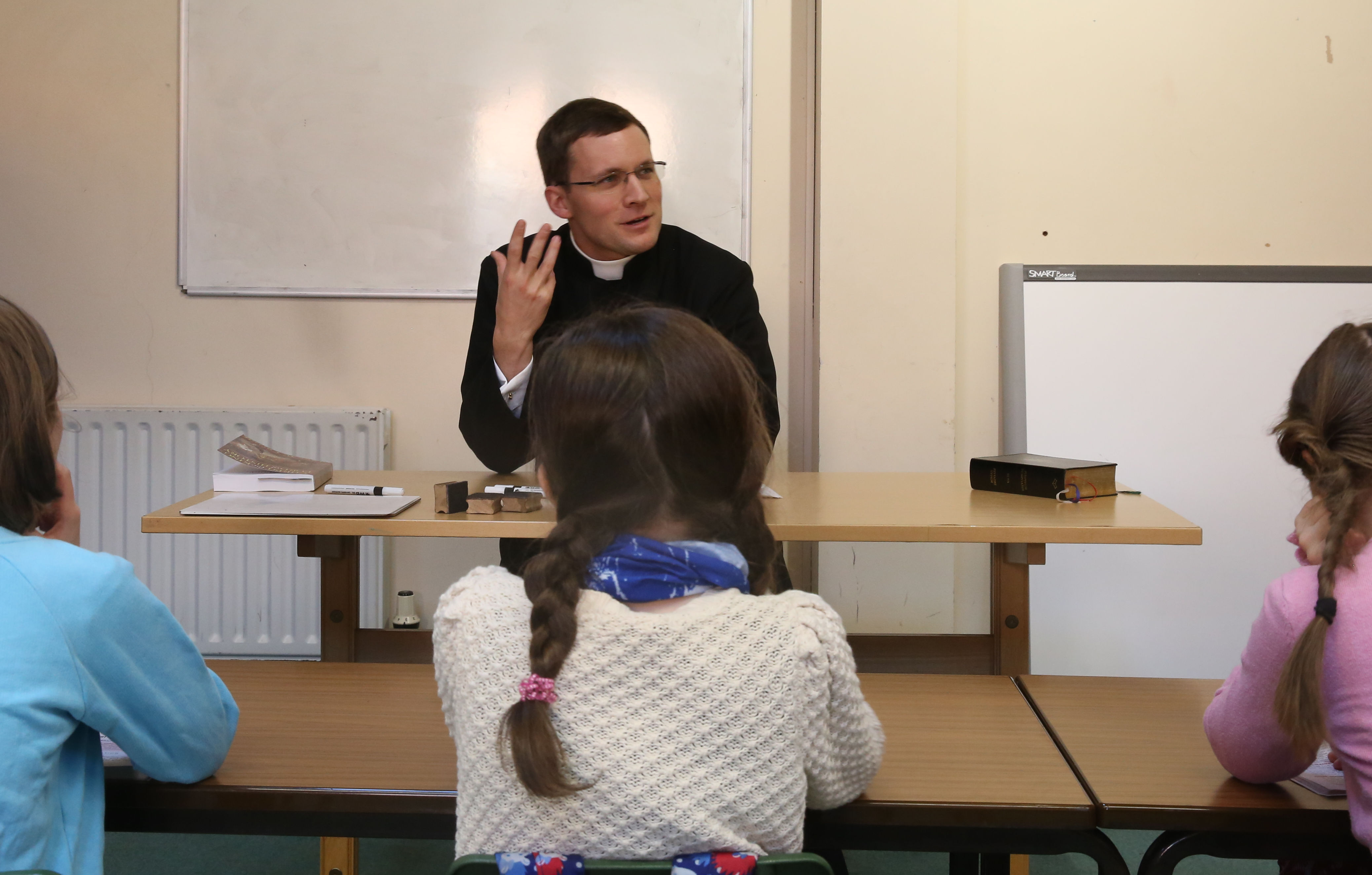 After seven weeks of class, the children of Saint Benedict’s have just enjoyed a well-deserved holiday.  Now, we return with new energy, ready to confront the challenge of exams!  We ask the children to consider both success and struggles with a supernatural outlook.  Our achievements are a motive for thanksgiving, while difficulties can be a source of humility and a greater recognition of our need for God’s grace.

In the parable of the talents, God asks for a return based on the talents entrusted to each person, whether that be five talents, two, or just one.  Our goal at St Benedict’s is precisely that, to help each child develop the talents that he has received from his Creator. 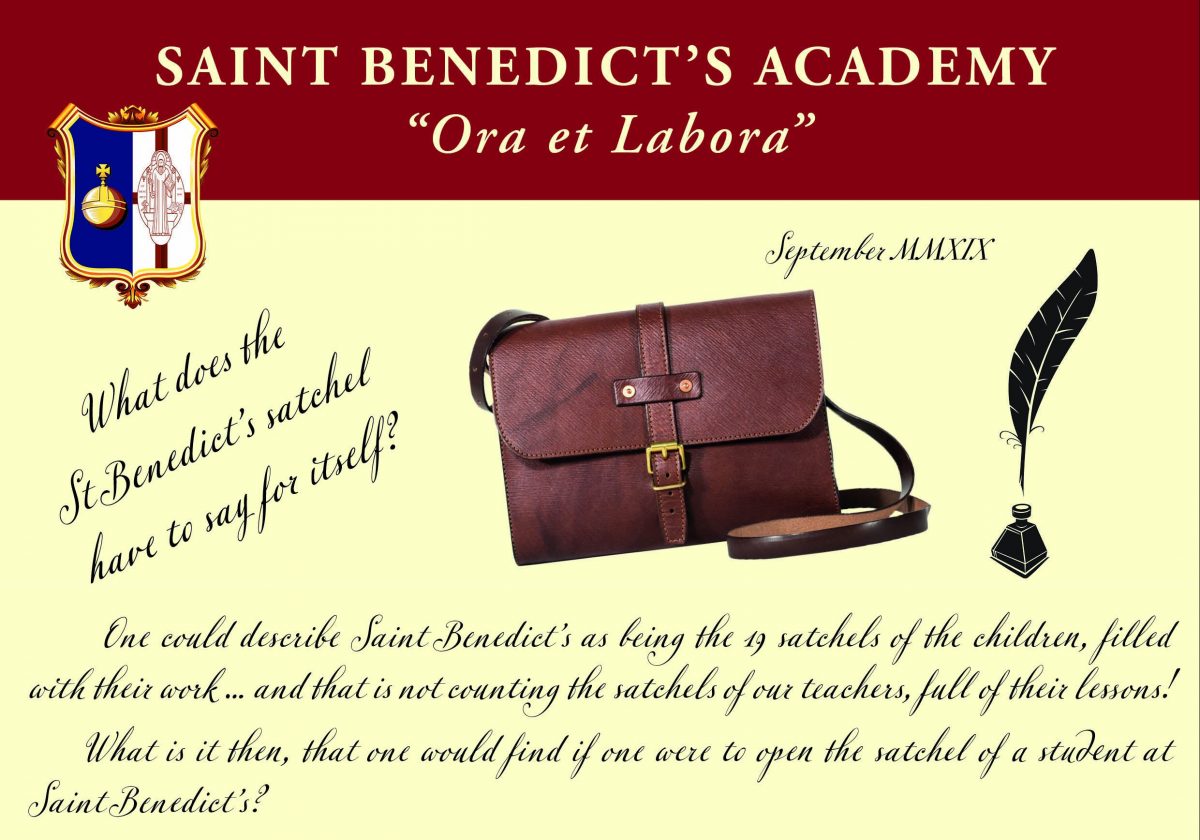 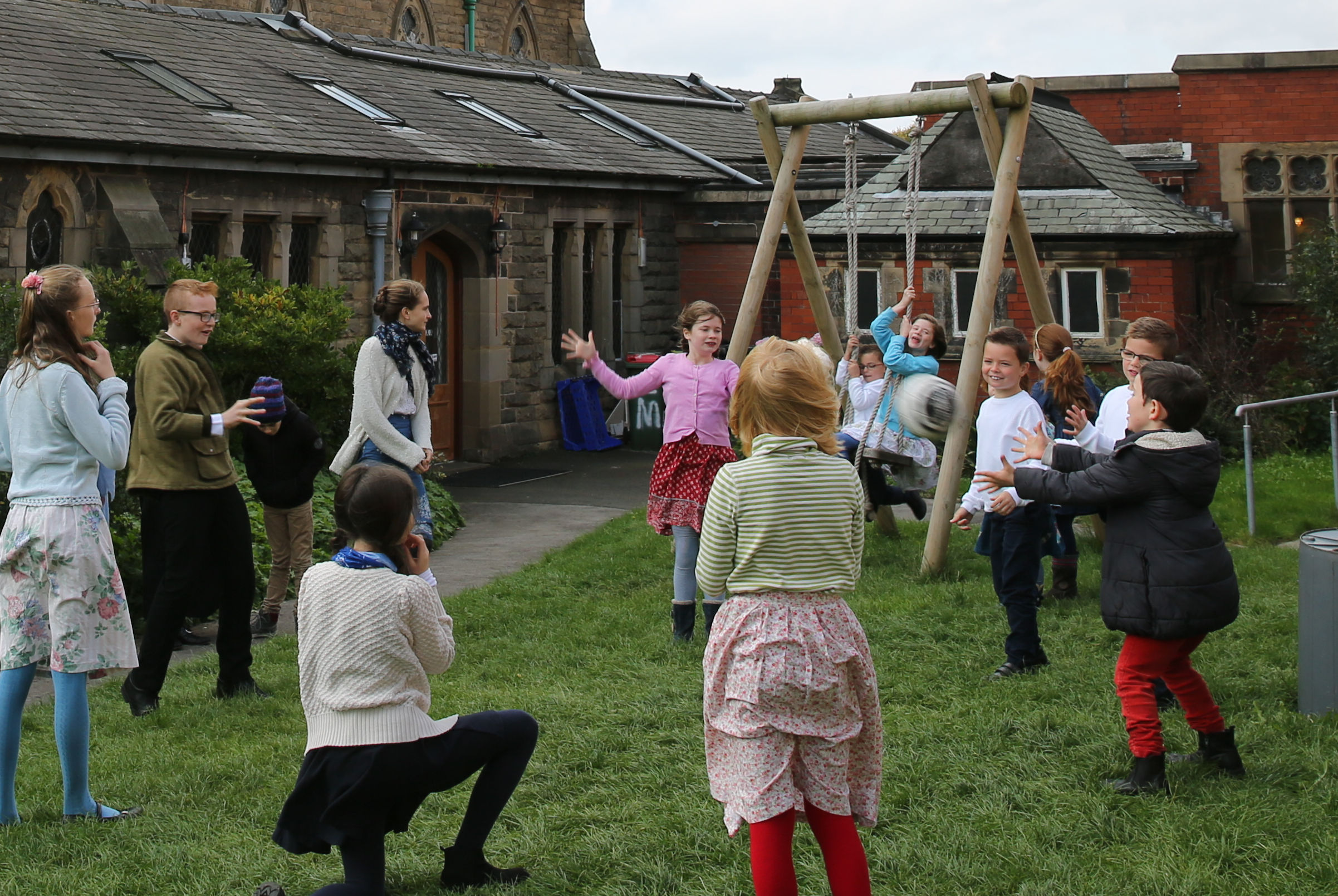 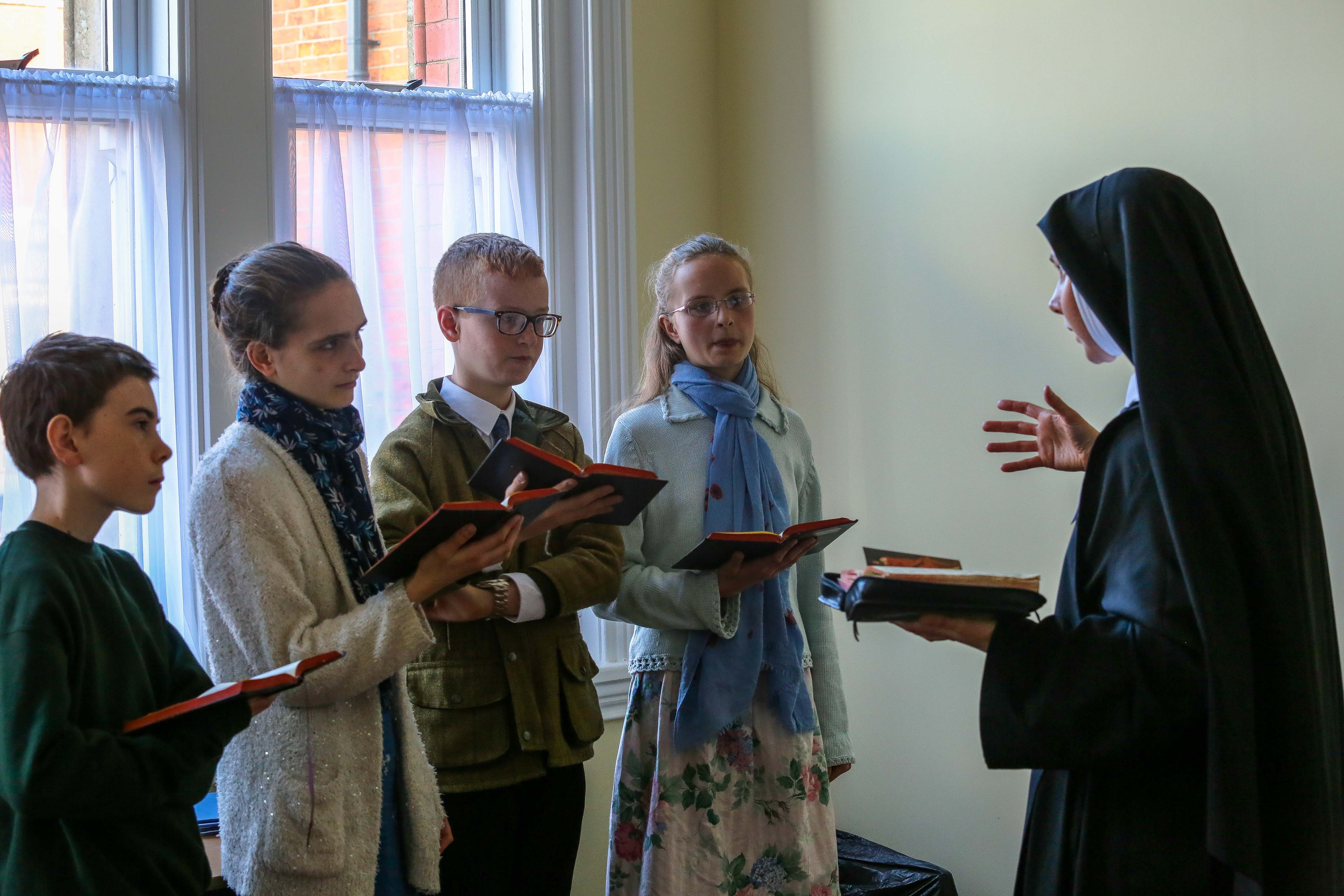