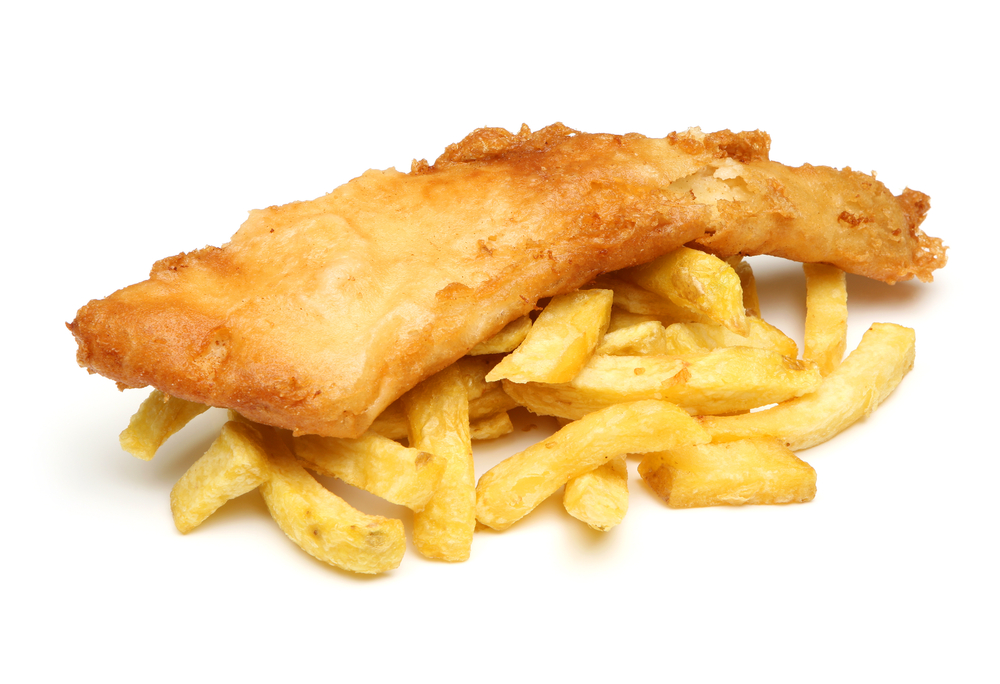 Please join us for a fish and chip supper after the 6.30pm Mass on the Feast of the Ascension (Thursday 26th May), in St Winefride’s Hall. 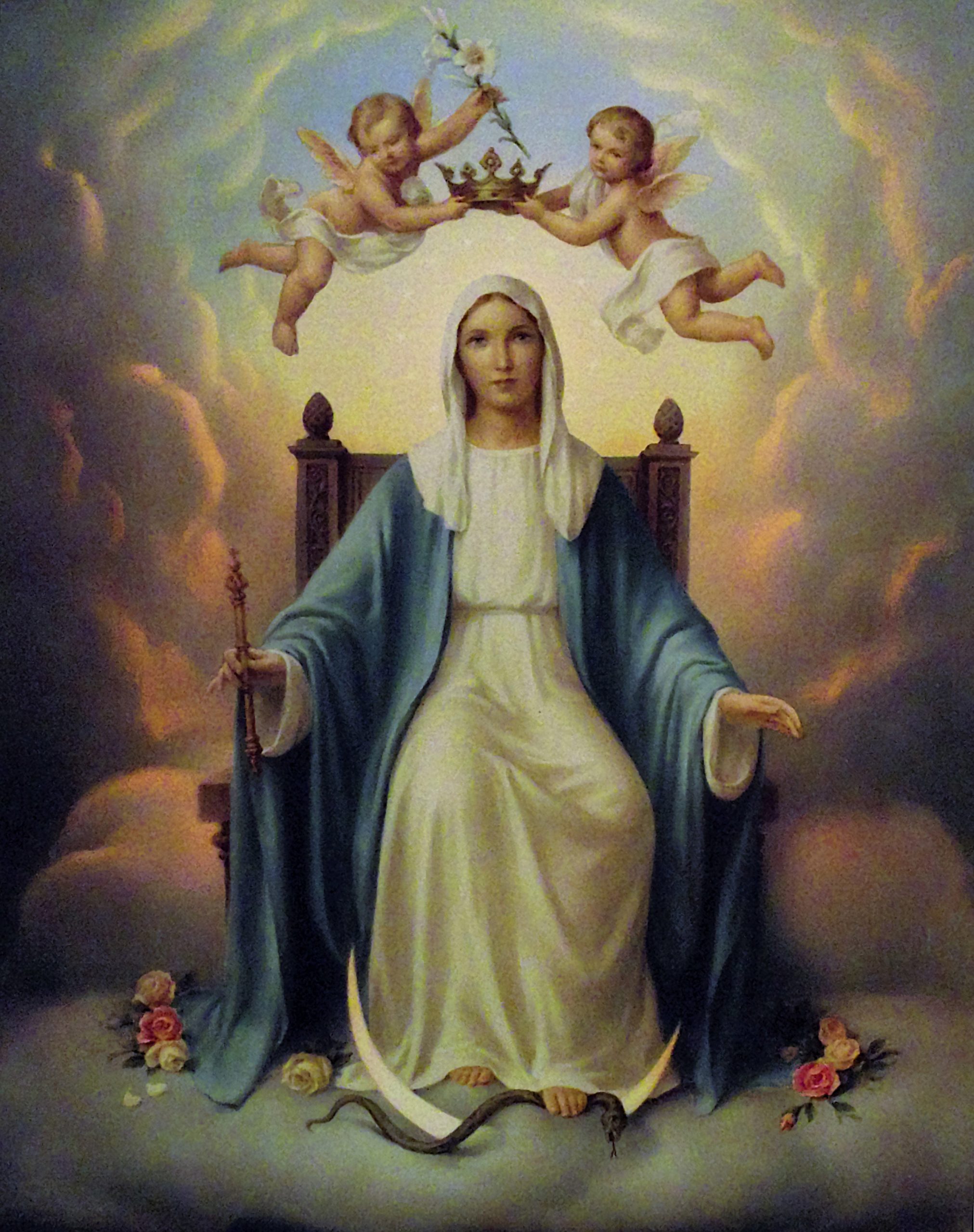 A spiritual talk on Mary, Mother of Divine Grace will be given in Saturday, 14th May 2022 at 11:00 Am in the Parish Hall adjacent to St. Winefride’s Church. 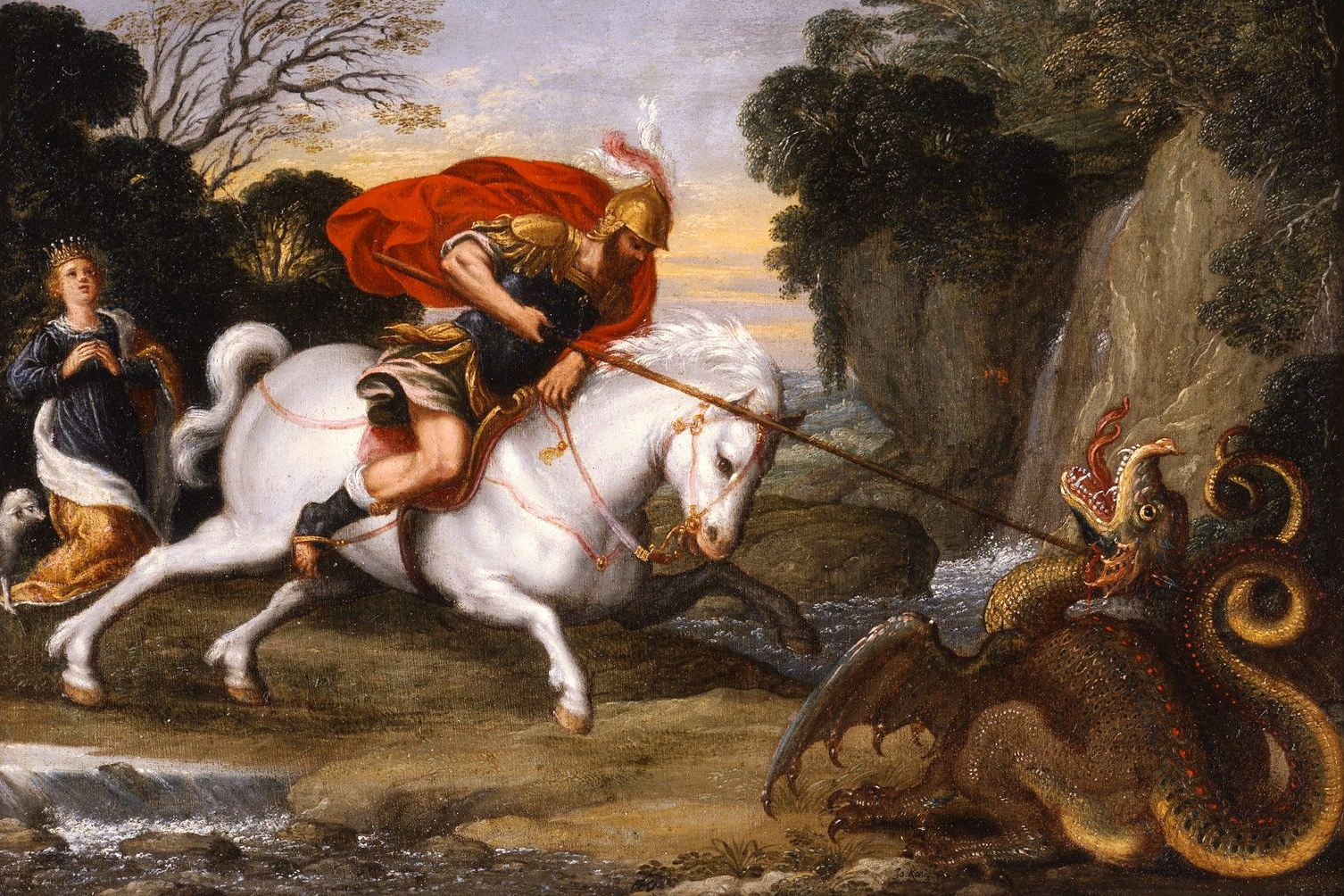 Holy Mass on Tuesday (6.30pm) is that of St. George, Protector of England.

He was martyred at Lydda (now in Israel) in about 303, during the persecution of Diocletian. Like so many saints of that period, the only fact that we can be certain of is his martyrdom. His cult spread quickly through both the East and the West, and the legend of St George and the Dragon only appeared some time afterwards. During the crusades, George was seen to personify the ideals of Christian chivalry, and he was adopted as the patron saint of several city states and countries, including England and Catalonia. King Richard I of England placed his crusading army under the protection of St George, and in 1222 his feast was proclaimed a holiday.

If you downloaded or picked up copy of the Newsletter before Easter Sunday evening, which is quite likely, please note, some times have been amended and you ought to refer to this new version: Revised Version 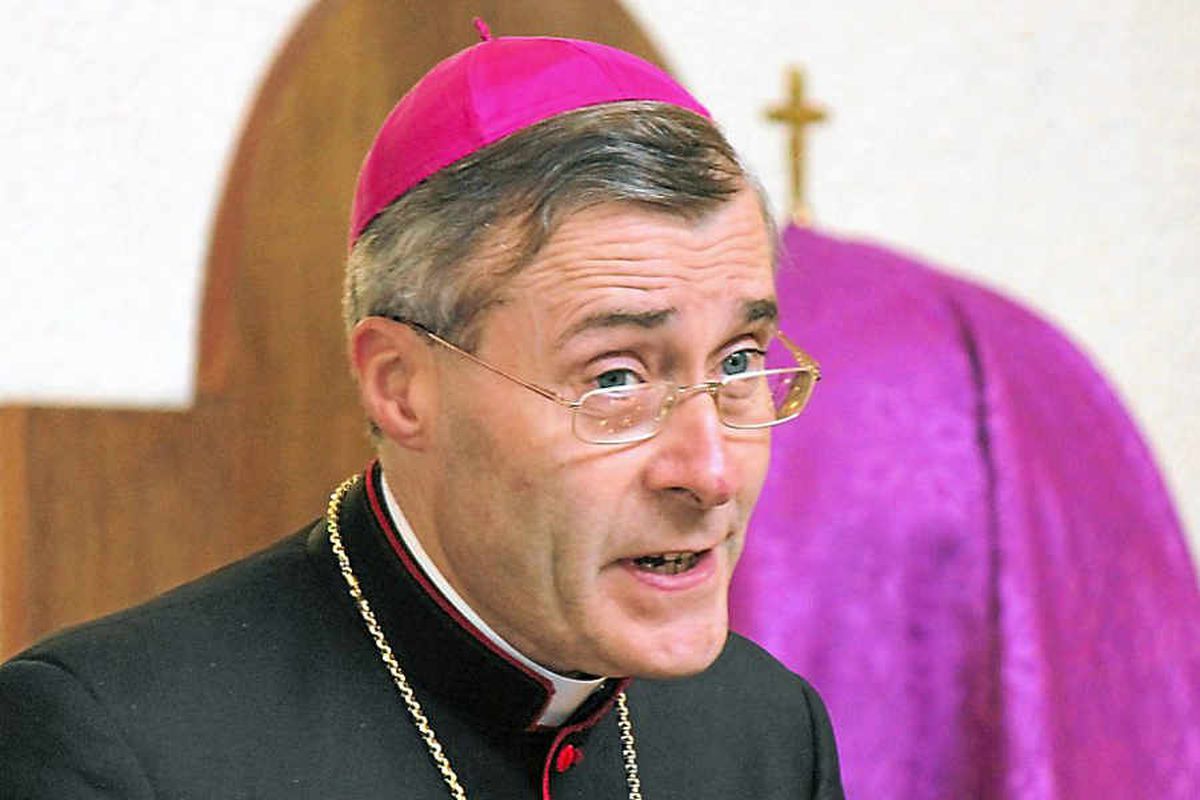 My dear brothers and sisters,

Christ’s victory over the temptations in the wilderness is recounted at the beginning of every Lent. In each temptation, the Devil proposes to Our Lord a seemingly easier path to accomplish His mission than the Sacrifice of the Cross and His total self-giving in the Eucharist. Turning the desert’s stones into free food, seizing political power or becoming a spectacle to entertain the crowds might momentarily win applause, but will not save humanity. These temptations are recounted because we can be tempted to seek deceptively easier paths in our Christian lives and in the mission of the Church. It is why we need this Lenten time of conversion so we may truly “worship the Lord our God and serve Him alone”.

This year, in our parishes we are re-starting in adverse conditions and with diminished resources. We are deeply concerned for the Ukrainian people and the peace of the world as the shadow of war has fallen over Europe. At such a moment, I want us to be sure of the inexhaustible resources of faith and grace given us. As Saint Paul reminded the beleaguered faithful in Rome, by relying on the Name of the Lord we will never lack all we need.ii Diminished we might be, as we emerge from a pandemic, yet we can never doubt from our Baptism, that we have been sustained by every grace, above all, the supreme gift of the Holy Eucharist.

Thanksgiving must surely be our starting point, in recognition of all we have received in the life of the Church. Thanksgiving is the characteristic of Christian prayer.iii I was especially struck by the words of the last testament of the saintly Pope Paul VI, who constantly repeated “Lord, I thank you.” Pope Paul asked, how can we ever thank the Lord sufficiently for the gift of life and the still higher gift of faith and grace. So many graces, so many mercies, so many examples given us. Above all, Saint Paul VI insisted we must give thanks that we have been brought into the life of the Catholic Church where all the means of grace and salvation are found.iv

The people of Macclesfield will this year give thanks for 200 years of renewed Catholic mission in their district. As we look back with them to the founding generation of our Diocese, we recall how “few in number”v they were and lacking in material resources; yet they knew the gifts of faith and grace were their true riches. As Saint John Vianney reflected, we might see ourselves as poor when vast riches of grace have been given us in prayer, in the Sacrament of Penance and, above all, in the Eucharist. The Cure of Ars compared us to someone dying of thirst beside an immense river of fresh water. If only we would reach out, he said, yet we fail to see! Lent is an invitation to recognise God’s grace and the very presence of Christ Himself is now within our reach.

This Sunday, we pray for the Ukrainian people and for the peace of the world in response to Pope Francis’s call to draw upon the spiritual resources of Lent to overcome “the madness of war”.vi The Holy Father has echoed the call of Our Lady at Fatima who entrusted this same message to poor children, amid the carnage and destruction of the First World War. The children of Fatima, two of whom have been declared among the Saints by Pope Francis,vii had no human means to end a war, yet recognised the power of prayer, of receiving and adoring the Eucharist, of offering the small sacrifices of each day with great love. This Lent invites us to take up these same means as we intercede for peace and unite our prayer and penance to the practical help we offer to the suffering.

In the great re-start of Lent, let us recognise the gifts and graces which mark our Christian lives; above all the supreme gift of the Sacrifice and Sacrament of the Altar. Let us return to the Altar and the Tabernacle of our parishes in the joyful recognition of faith and prayer, and wherever possible in prolonged Eucharistic Adoration. This is surely the best place for us to start anew.

United with you in this prayer, 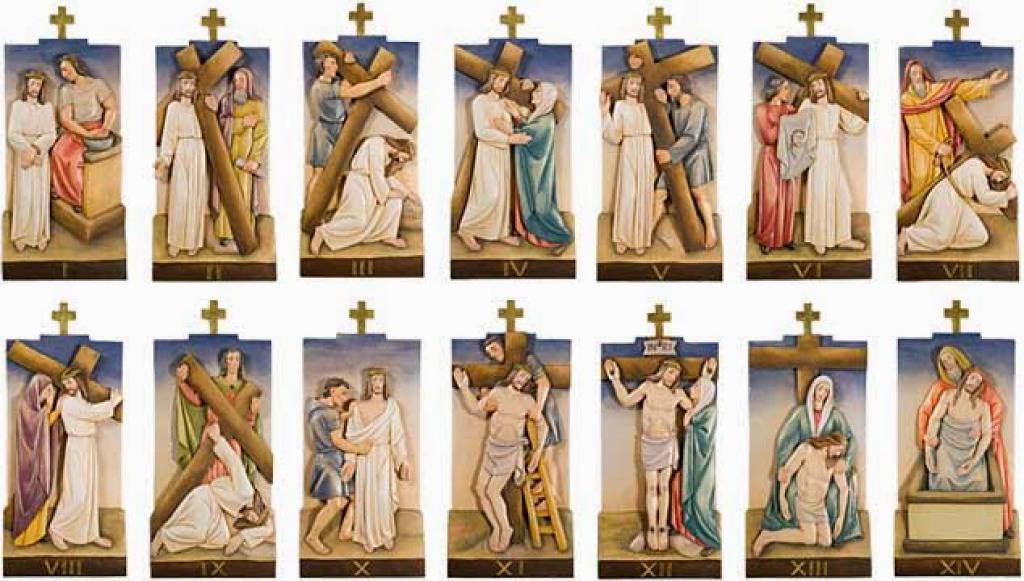 Stations of the Cross will take place every Friday in Lent after the 10:00 am Mass in the church commencing Friday, 4th March 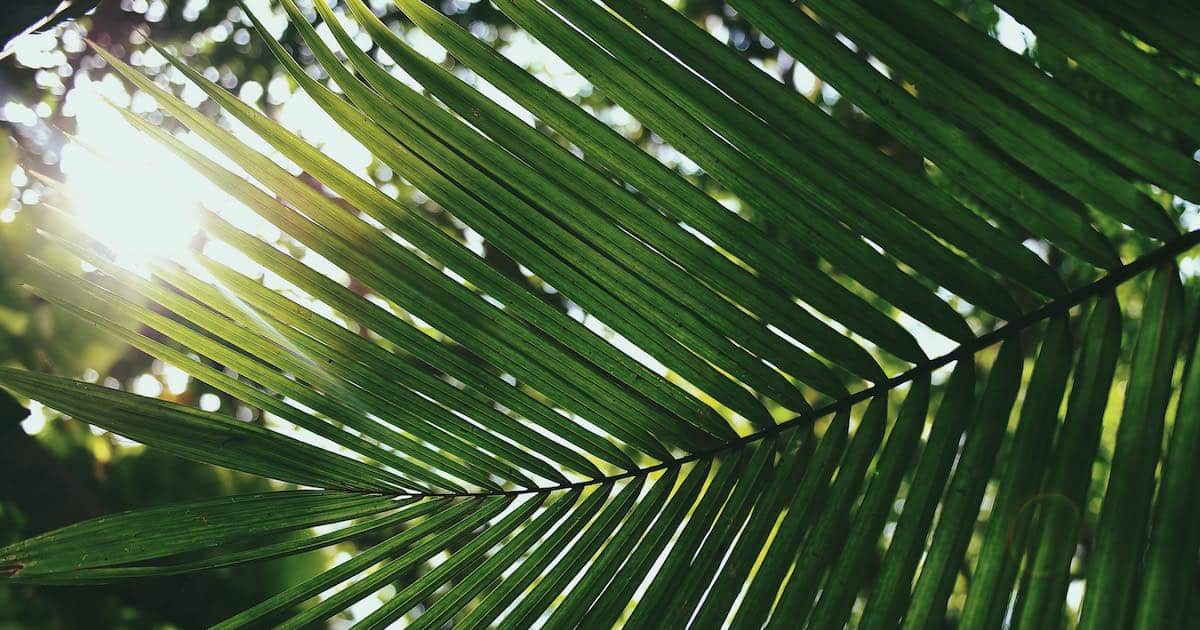 A spiritual talk will be given on Saturday, 19th of March at St. Winefride’s church on the Feast of St. Joseph following the 10:00 am Mass. 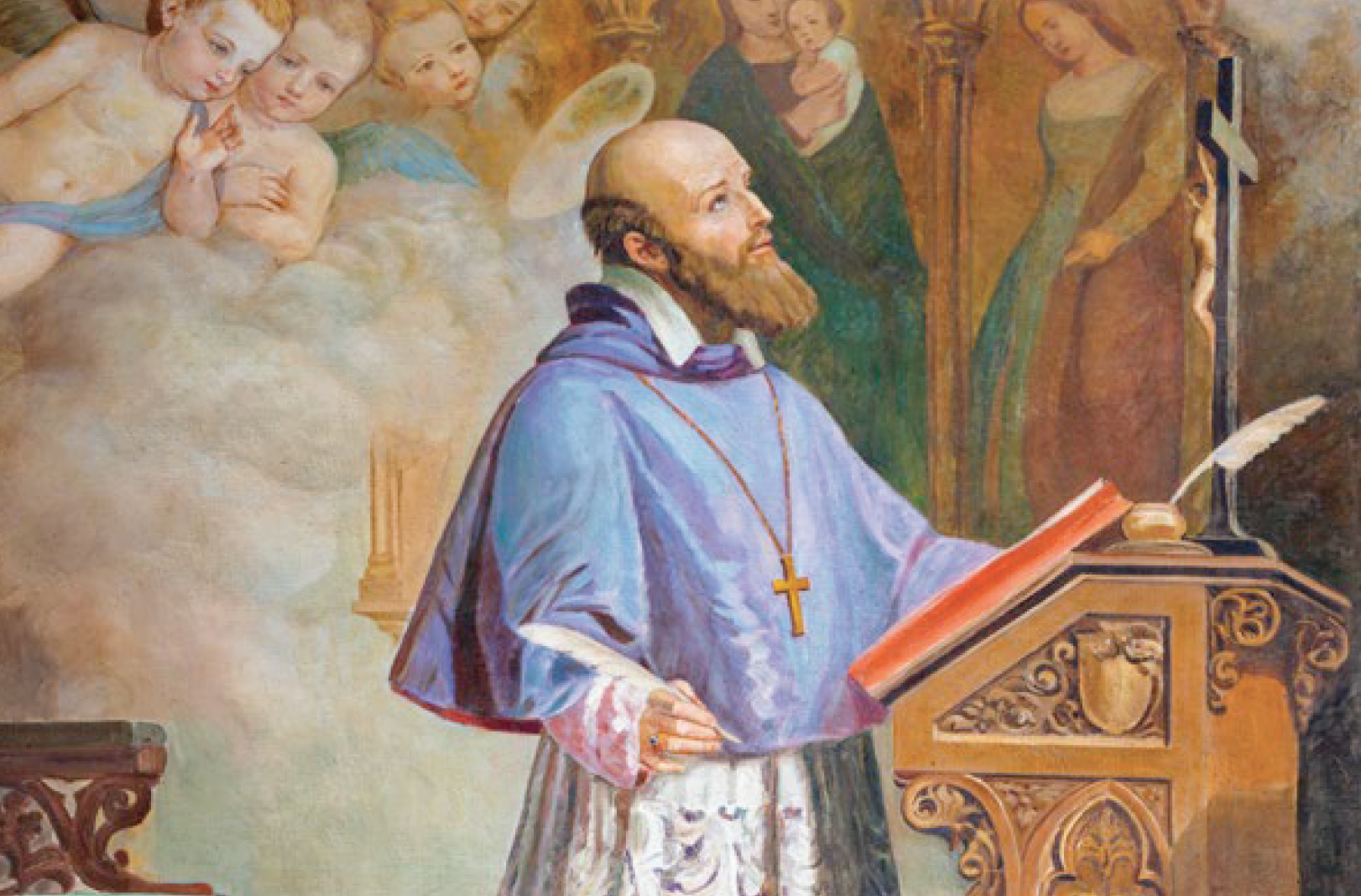 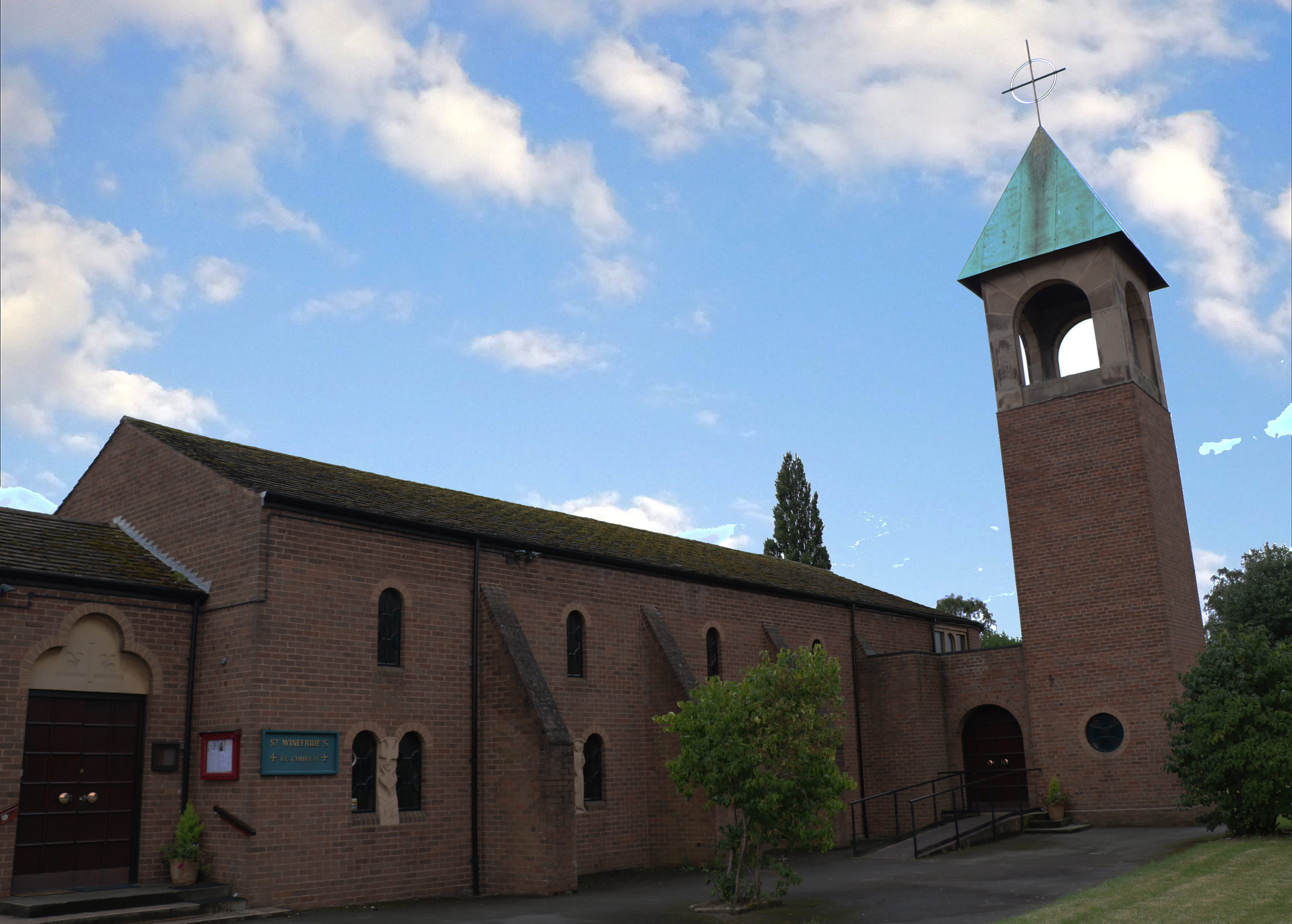 As announced last Sunday, we want to set aside funds for the purpose of acquiring more liturgical vestments and other items needed for the celebration of the liturgy.

We will publicise the balance of this Liturgy Fund in our weekly Newsletter and will keep you informed about those items that are needed most. We are planning on purchasing 2 copes (in purple and green colour) for the Sundays of Advent and Lent and for all Sundays after Pentecost celebrated in green colour. The price for these copes will be approx. £1,750.00 each. –

Thank you very much for your support of the Institute’s work in Shrewsbury and for considering to donate toward the Liturgy Fund.