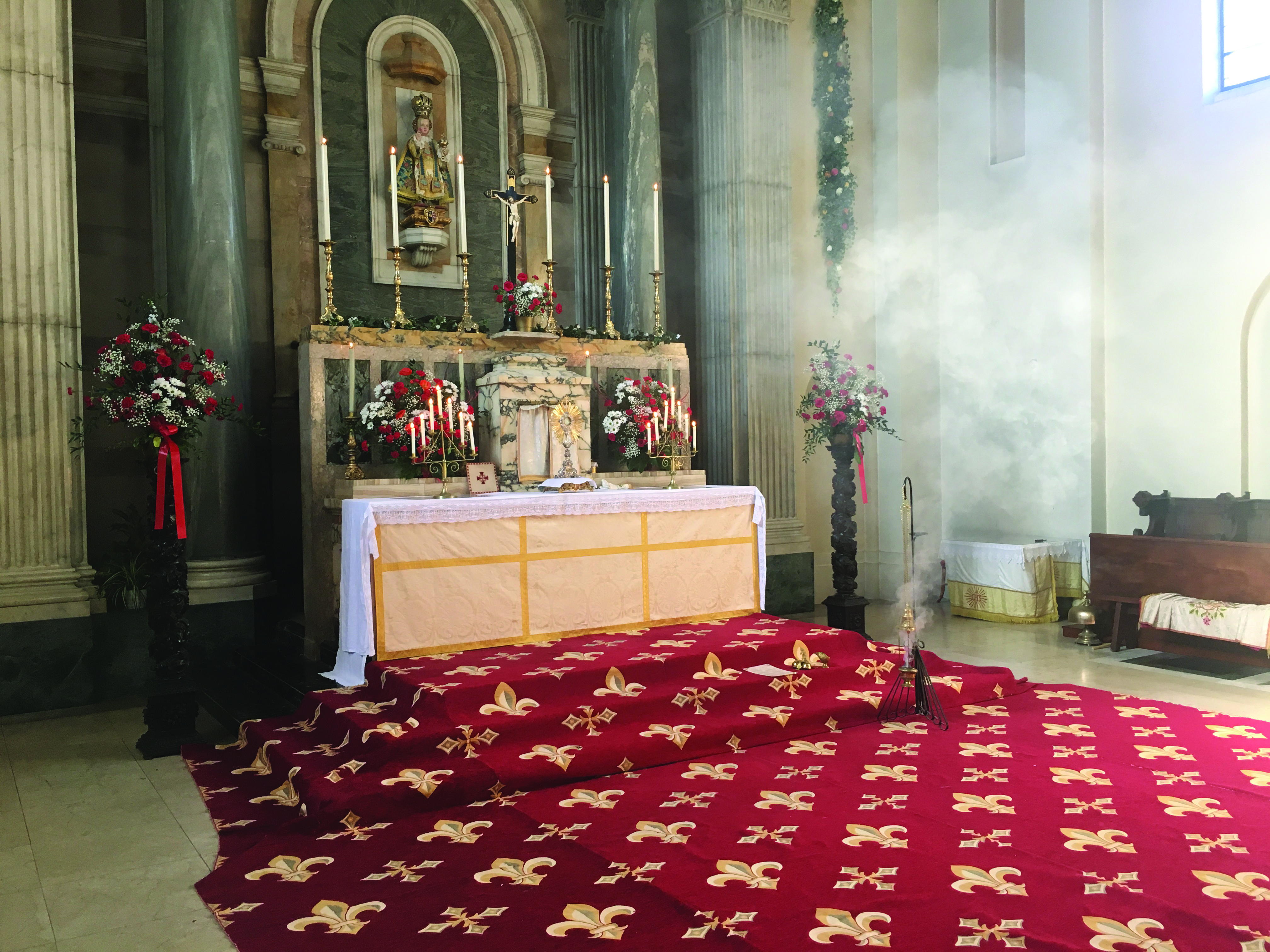 Dear friends of the Shrine,

During the General Chapter of the Institute of Christ the King Sovereign Priest, we received our new appointments for the year 2018-2019: Canon Parant has been appointed by Msgr Wach to Béziers and as a chaplain of our School in Montpellier, whilst Father Gribbin will join our community at Ss PPP soon.

We are all very grateful to Canon Parant for his excellent work for our family of Ss PPP and we assure him of all our prayers for his new mission. We are also very grateful to God’s Providence, since our church was again granted £72,000 for preparation works and surveys, in order to restore the last part of the building, i.e. the dome and the sanctuary, which are both in great need of reparation.

This year, three men from the United Kingdom will join our Seminary of Gricigliano (Italy), and begin their formation to the priesthood: in these days of darkness, these vocations are both an answer to our daily prayers, our sacrifices, and a sign of hope. Please keep praying for Lee, Gary and Joseph! More candidates will join our house of discernment in Preston in November, where they will learn French, community life and spirituality of the Institute of Christ the King.

Finally, we have the great joy to announce the foundation of a new Apostolate of the ICKSP in Shrewsbury Diocese: Bishop Mark Davies has invited a Canon of the Institute to reside permanently in his episcopal city (Shrewsbury), where our priest (and a seminarian) will live the canonical life (according to the Constitution of the ICKSP) and celebrate daily Mass. The mission will resume in October, more details to come. Thank you again for your prayers to support this new foundation! 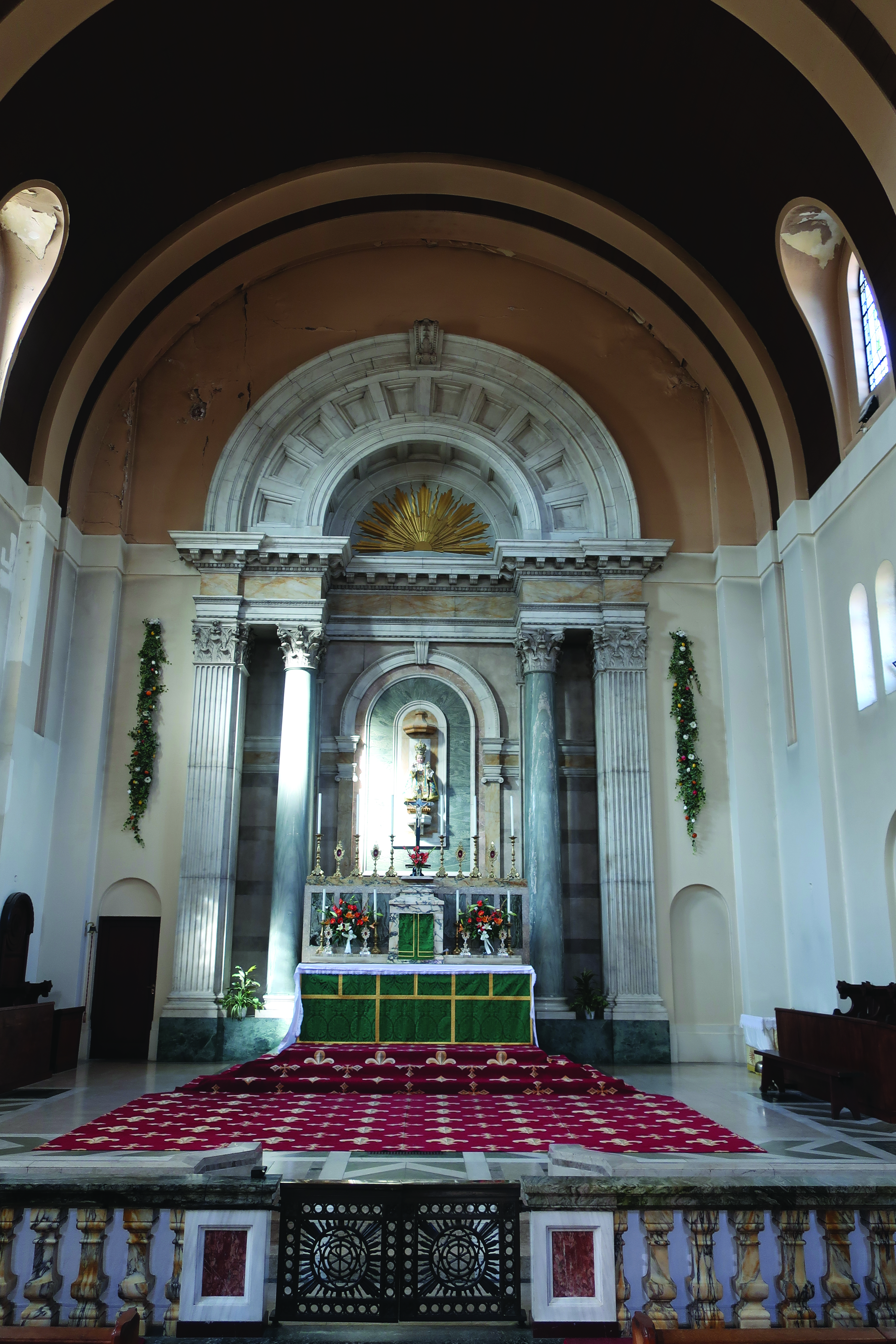 Restoration of the sanctuary & the dome

Seven years ago, Ss Peter & Paul and St Philomena’s Church was closed, leaking and full of rubbish. Today, two thirds of the roofs have been restored with a fourth restoration project funded by Heritage Lottery Fund (HLF) about to start; and the community is growing.

Bishop Davies’ vision was for a Shrine Church for the whole diocese, based on the traditional Mass and daily Adoration of the Blessed Sacrament which he entrusted to the Institute of Christ the King.

Canon Montjean puts the success down to God’s grace. He comments, “Once daily Adoration had been established, everything else seemed to fall into place. Not that it’s been easy…but many people have helped.”

The church, has had three successful restoration projects under HLF Grants for Places of Worship, with match-funding from National Churches Trust and Latin Mass Society. Projects have developed ‘Activities’ to broaden public access, beginning modestly in 2013 with a volunteer-led Heritage Tour and a Guide book and culminating in a national award-winning Audio Tour as part of a Primary Education Pack.

Canon Montjean added, “All the Activities highlight the building as a Place of Worship but have welcomed everyone with charity, as St Francis de Sales, our patron, advises.”

With the closure of the HLF Grants for Places of Worship in 2017, Canon Montjean’s team decided to apply for a larger Heritage Grant, in order to complete the restoration of the main sanctuary and the dome roofs. Preparation for this next project began over a year ago, Canon Montjean was delighted to be awarded a First Round Pass for £ 72,000, despite stiff competition. This amount will be used to develop the project and prepare for second round application. Thirteen projects applied at First Round, with only three successful, the Dome being one of them.